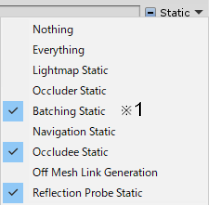 Objects that can be moved or manipulated 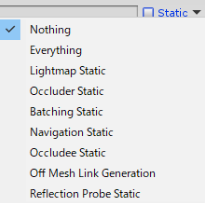 ※1: If Batching Static is played and the appearance is distorted, you can remove it.

Component that can only be used as part of official Prefabs

All Components other than the above available Components

Please observe the followings for the avatar set in VRC_Avatar Pedestal.