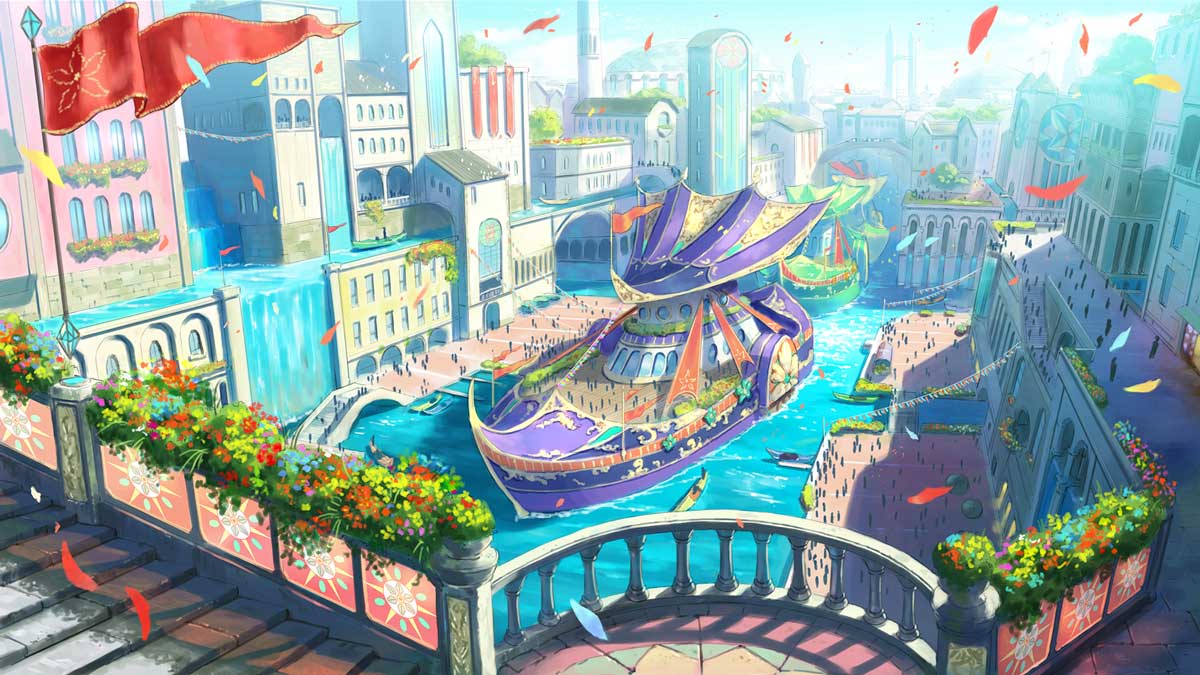 The Port City of Pearl “Laguna“

Laguna. A city adrift on the water with hundreds of years of history to its name. Made of stone-constructed streets and its intricate waterways, the city has earned the name “Port City of Pearl” in honor of the shimmering flow of the canals that have served them for years. Laguna has a colossal Major Canal for sea transport that divides the city into two, and various Minor Canals that are used as the domestic waterway. The prime mode of transportation in this city is the boat, so much so that it’s quicker to get to your neighbor next door via waterway than on land. A variety of races and creatures live in this hub for sea transports. In the annual festival called “Ballo”, nations from all over the world congregate in Laguna with decorative ships full of their local specialties.